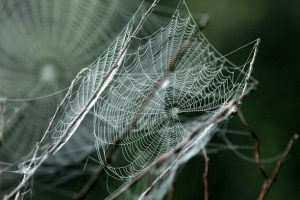 It takes a village…

To conserve the forests, waters, and fields.

NPC is a committed collaborator and a partner in its ongoing work to conserve the region’s  resources.

One of our favorite stories is the acquisition of the Kelly-New Garden land on the West Branch of the Susquehanna River in the Sproul State Forest District . This acquisition brought together a host of players who would work together to conserve the land. One of the key players in the partnership with NPC was the community.

The people of rural Pottersdale and West Keating helped make the acquisition possible because of their support.The state forester at that time, Robert “Butch” Davey, began making calls when it was rumored that the land was going up for sale.  The community had accessed the land for hiking, hunting and picnicking for generations and feared private purchase would cut them off from the land they loved.

Partnerships formed quickly between NPC, the Rocky Mountain Elk Foundation, the Pennsylvania Bureau of Forestry, and the Pennsylvania Game Commission. At a West Keating Township meeting NPC determined the needs of the community. The heirs of the over 4,000 acres agreed to sell the property for conservation. Additionally, contributions came from large foundations, as well as sportsmen’s groups and individual donors. The PA Department of Conservation and Natural Resources awarded funding through the Keystone Fund and the land was purchased.

In the end, 1,110 acres of new state forest was secured with public access from the river, and 3,330 acres of new elk habitat and hunting ground created as State Game Lands 321.

Maintaining the web of connection

Sometimes projects, like the one above, require a large web of organizations, others a small group of dedicated donors. Every day these groups help  to build relationships such as the one between the PA Game Commission and NPC to extend state game lands through family property donation. NPC’s “matchmaking” skills continue to make conservation projects a reality.

Donations to NPC also make behind the scenes projects like stream restoration partnerships possible. Another strand in the web of conservation, such as planting trees on stream banks, reconnecting streams and flood plains, and creating pollinator habitat for honey bees and butterflies makes this web strong.

Margaret Mead once said, “Never doubt that a small group of thoughtful, committed citizens can change the world; indeed, it’s the only thing that ever has.”

Through ALL of the community connections we make we work to continue building the web of connections and move conservation projects forward and into the future strengthening the web for years to come.