Last year NPC had planned to lead a group hike on the Butternut Trail at Worlds End State Park to celebrate the 30th anniversary.  Portions of the Butternut Trail traverse NPC’s ‘Flynn’ partnered acquisition.  NPC purchased the ‘Flynn’ property, over 600 acres of prime forest land, in 1993 to form the northern and eastern boundaries of Worlds End State Park.  While planning the hike, we realized … END_OF_DOCUMENT_TOKEN_TO_BE_REPLACED

It’s official!  The Bureau of Forestry has taken over ownership of the ‘Bar Bottom’ property.  This 112-acre addition to the Loyalsock State Forest has not only expanded public access to Bar Bottom Hollow and the surrounding public land, but also helped conserve the overall natural beauty of the Loyalsock Valley! When the bidding started at the auction for the ‘Bar Bottom’ property last summer, THIS … END_OF_DOCUMENT_TOKEN_TO_BE_REPLACED

The area of the Cavanaugh Access that now has a nature trail on it was once a marshy wetland that was changed to allow farming (celery and maybe lettuce), and further changed when a railroad was constructed down through the middle of it. Some of the vegetation that is there now is native, but some of it isn’t native. It isn’t native to Pennsylvania or … END_OF_DOCUMENT_TOKEN_TO_BE_REPLACED

Season of Change Spring.  A season of change, growth, and opportunity.  It brings with it the hope that from a small seedling can grow the tallest hemlock in the forest.  As its roots strengthen and its limbs stretch wide, its role in the forest evolves too.  Now it can provide shade, stability, nourishment, habitat, and help others grow as well. Much like the seedling, the … END_OF_DOCUMENT_TOKEN_TO_BE_REPLACED

By: Susan Sprout Broom-sedgeBroom-sedge is a clump-forming bluestem grass – it’s not a sedge at all! Native to southeastern United States, it can survive northward to the Great Lakes. Growing two to three feet tall in a narrow, upright vase-shape, its withered vegetation which has withstood the winter is more obvious and frequently more striking than in summer. Member of the Grass Family, POACEAE, the … END_OF_DOCUMENT_TOKEN_TO_BE_REPLACED 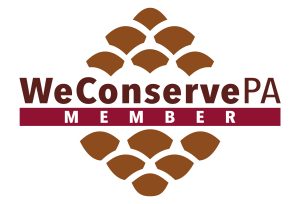