Join Wayne Laubscher, Lycoming Audubon, and the Northcentral Pennsylvania Conservancy for a lunch time bird watch on the Williamsport Riverwalk on Thursday, March 14, 2014.  We’ll have extra binoculars and a spotting scope set up from 11:30am to 1:30pm on the Williamsport side of the River near the Market Street Bridge, look for the group of people with binoculars.

Walk over with your lunch (or while you eat your lunch) and check out the birds and other wildlife along the West Branch Susquehanna River that day.  You can stay for a few minutes, or the full 2 hours.

Wayne is an expert birder and will be providing information about what we’re seeing during the bird watch.  He’s participated in a number of research projects related to birds – from peregrines to barn owls, and is a wealth of knowledge.  You’re sure to learn something new.

This event is being held in conjunction with Raise the Region, a 30-hour fundraising event organized by the First Community Foundation Partnership of Pennsylvania.  Consider donating to Lycoming Audubon and the Northcentral Pennsylvania Conservancy. 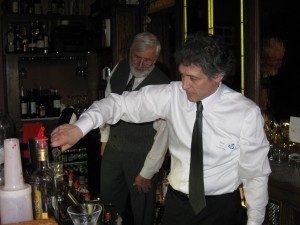 Local celebrities are digging out mixed drink guides and practicing their tray balancing talents in preparation for the annual Celebrity Waiter Night at the Peter Herdic House restaurant in Williamsport.  During the evening of Friday, March 7, 2014, regular Herdic House staff will be replaced by local community leaders.  Those community leaders donate the tips they earn to the Northcentral Pennsylvania Conservancy.

Who are the Celebrity Waiters this year?
Tony Nardi (Fish Real Estate) will be mixing your drinks at the bar.
Brian Brooking (Woodlands Bank) is returning for a second year in the dining room.
Jerry Walls (community volunteer) will be back again serving salads with ease.
Mark Shuman (Clear Channel Radio) is returning for more!
Mark Murawski (Lycoming County Planning) is new this year, be kind.
Marc Annicelli (James Wood Co.) agreed to give it a try.
Barry Stiger (Pennsylvania College of Technology) will be serving guests for the first time.
Rick Mason (PennDOT) will be taking photographs and singing upon request.

To join the festivities, make your dinner reservations by calling the Herdic House at 570-322-0165.  This evening is always fun and fast to fill up, so call today!

Wear Your NPC Ballcap on January 15 to Show Your Support of National Hat Day and NPC!

National Hat Day seemed like to perfect time to let you know we still have NPC baseball caps for sale.  They cost $10.00 each (plus shipping) and are great way to keep your head warm or the sun out of your eyes.

The color selection is limited, so please call (570-323-6222) or email (rcarey@npcweb.org) for information on the color combinations still available.

To the tune of “Jingle Bells”

Cows fenced out of streams

Even at month’s end 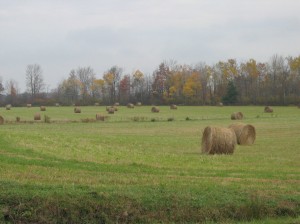 Cows fenced out of streams

Whether you’re an experience paddler or have never set foot in a kayak before, join NPC as we paddle from Montoursville to Muncy with Canoe Susquehanna.

Allan and Jeremy with Canoe Susquehanna will provide equipment, instruction, on-water guidance, and moral support as we paddle down the West Branch Susquehanna River.  Reservations are required and can be made by calling Canoe Susquehanna, 1-800-524-7692.

The trip is scheduled for 1:00pm with 3 to 4 hours on the water.  The cost is $55 per person with equipment rental and $45 per person if you are providing your own equipment [kayak or canoe, paddle(s), and life jacket (pfd)].

Local Celebrities are in Training to Tend Bar, Wait Tables and Prepare Meals on Friday, March 15, 2013

The Peter Herdic House will once again be opening their doors to the Northcentral Pennsylvania Conservancy (NPC).  On March 15 this year in addition to allowing local celebrities to wait tables and tend bar in an effort to earn tips for NPC, Liz Miele has invited a guest chef into the kitchen.

Make a reservation for dinner (you’ll be ordering off their standard menu with a few added surprises) or stop by for a drink, whatever tip you leave will go to conserving the working farms and forests in this region.

To make your reservation for dinner on March 15 call the Restaurant at 570-322-0165.  For directions and more information about the fabulous food, visit their website, http://www.herdichouse.com/

See the first full-length, documentary film ever made about legendary conservationist Aldo Leopold and his environmental legacy! Green Fire shares highlights from his extraordinary career, explaining how he shaped conservation and the modern environmental movement. It also illustrates how Leopold’s vision of a community that cares about both people and land continues to inform and inspire people across the country and around the world. Leopold’s ideas remain relevant today, continuing to inspire projects nationwide that connect people and land.

Aldo Leopold was an American author, scientist, ecologist, forester, and environmentatlist.  He is credited as the father of wildlife managment, but is best knowed for his book Sand County Almanac.  Born and raised in Iowa, Leopold began working for the U. S. Forest Service in 1909 after graduating from the Yale School of Forestry.  After working in Arizona and New Mexico, Leopold transferred to Wisconsin in 1924.  There he began teaching wildlife management at the University of Wisconsin and implementing his land ethic on a worn out farm he and his wife purchased.  He died in 1948, a year before Sand County Almanac was published, but continues to influence foresters, wildlife managers, and landowners around the world.